Rihanna: A temptress caught in the tempest between Uranus & Mars 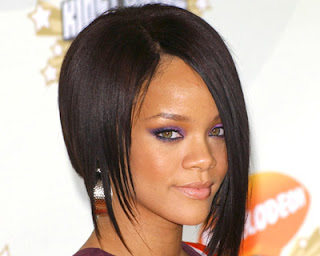 Note: I originally had this piece published on Sasstrology.com

(Written December 2008)   I like when the video credits come up and Rihanna rolls across the screen with the body consciousness and sensual grace of a …. stealth hunter — half woman, have primal animal.

There is something about the way this Sag Mars moves and connects with her video screen subjects that captivates me — whether she’s stalking Adam Levine, in their “If I never See Your Face Again” collabo or straddling Justin Timberlake in the current “Rehab” video.

Playful. Lots of attitude. Electric. And in the case of “Disturbia,” I thought I was being put under a voodoo spell.

And yet I remember being BORED by Rihanna’s Beyonce impression when she came on the scene years ago. Def Jam, then 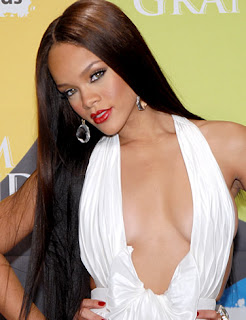 headed by Beyonce’s boyfriend Jay Z, seemed to shape Rihanna into the mold of the moment.

Silly boys, never do that to a Uranus-Mars girl — especially if her moon & Venus (arts energy) are in Aries.

At some point she’s going to forcefully leap convention and you’re not going to have a thing to say about it.

In the past 18 months, we’ve seen Rihanna burst into a punk-rock-R&B persona that’s beyond neat categories. Of course this Pisces, born Feb. 20, 1988 in Barbados, would naturally be somewhat amorphous due to her Neptune energy. However, with Uranus in strong chart play, she lives with a lust for impulsive change that disturbs the status quo.

Her Uranus is slapped 2 degrees against her Mars, creating a tension that can breed defiance and provocation — characteristics that tinge all her performances.

It’s a scary, risky planet union.
It could go great, as it has for esote

Or the conjunction could also go horribly as it has for Boy George who after giving the world incredibly unique vibes in the 1980s entered some Uranic skid row thereafter. Just this week he was arrested after it was discovered he handcuffed a male escort. I’m gonna high-five the conjunction for that.

Rihanna seems just a baby in wielding her Uranus-Mars magic. Her ever-changing asymmetrical bobs, quirky vocal texture and delivery (who knew “umbrella” could be stretched out to seven syllables?) neck crawling tattoes, experimental makeup, unique couture, and schizophrenic music styles are all evidence of the conjunction. And I look forward to what she might do with it when she matures as an artist.

She’s already telling music mag reporters that her upcoming 2009 album will be even “edgier.”

Can’t wait. Though maybe I should burn an offering to the gods of skid row. Just in case.